One of Ben’s favorite breweries is Trillium in Boston. They make a variety of beers, but his favorites are the IPAs. Tonight’s selection was a double IPA with a catchy name – I Want to BU. This is a beer brewed in collaboration with the Veil Brewing Company from Richmond, VA.

Having spent 4 great years at BU myself, this beer brought back so many memories before I even had a sip (mostly of some pretty amazing hockey games and rivalries with that other Boston hockey team). I don’t know why, but whenever I look the the I Want to BU label, all I can hear in my head is “BC sucks!”…weird.

But 15+ years and 3 kids later, our life is so far from Friday night hockey games, followed by karaoke and dancing at T’s Pub on Comm Ave.

This Friday night was all about winding down after a long week with Trillium and homemade pizza.

I got a cast iron skillet not too long ago and I have been loving it! I made pizza in it tonight and it came out great.

It’s more of a method, rather than a recipe. Deep dish lovers – this is the way to make your pizza!

First, I preheated the oven to 425 degrees. Once preheated, I put the skillet in the oven for 15 minutes to heat it up. (You could preheat at 450, but – full disclosure – I was also making chicken nuggets for the kids so I had to start at 425 😄)

After 15 minutes, I took the skillet (and the chicken nuggets) out and cranked the heat to 450. I coated the skillet with olive oil and then stretched the pizza dough carefully into the base of the skillet. 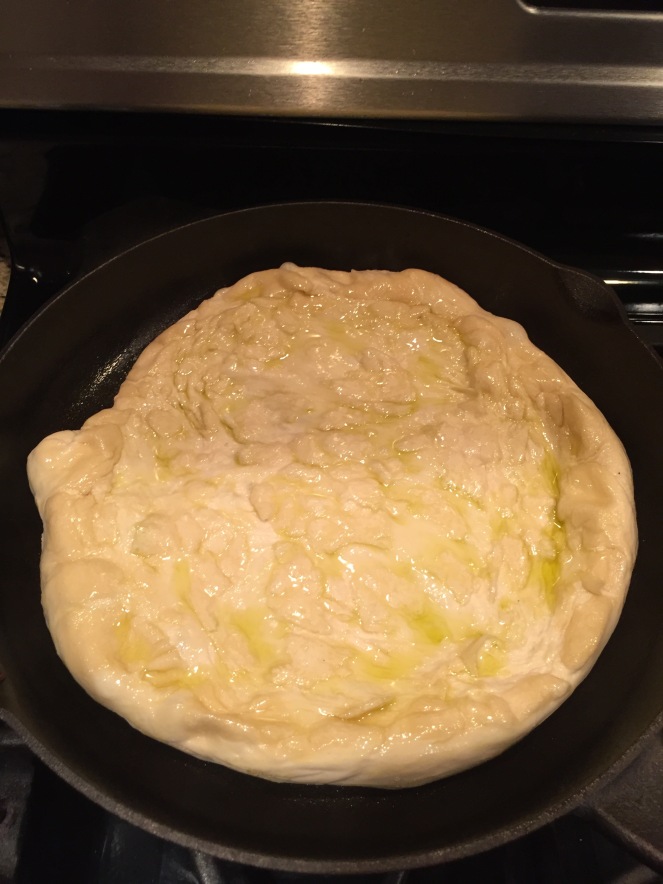 I brushed the top with olive oil and stuck it back into the oven for 10 minutes. Meanwhile, I sautéed some onions, peppers, and garlic on the stove top.

After ten minutes, I took the dough out and it looked like this… 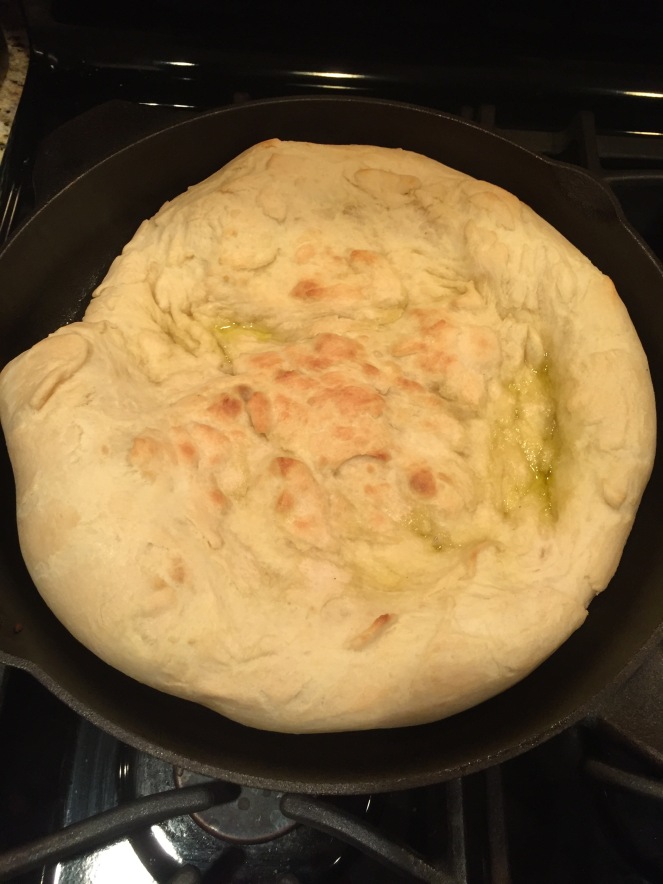 I topped it with sauce, cheese, the veggies, and some pepperoni.  I put it back into the oven for another 12 minutes. And that’s it…Perfectly easy pizza and beer!

What’s in our Fridge?