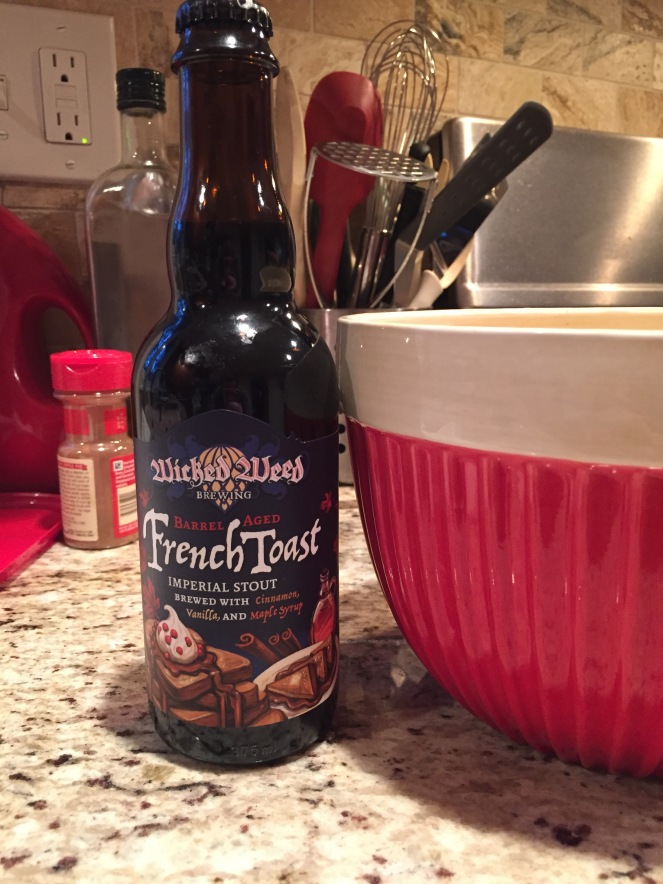 The day kinda got away from me (I think it’s the extra daylight that threw me off today) and all of a sudden it was 5:30 and I had a couple of hangry kids wanting dinner fast. We have had this stout in the fridge for a few weeks so I decided breakfast for dinner would pair nicely with this breakfast beer.

Ben enjoyed the stout. Although he thought it might be a little boozy at 10% alcohol, it didn’t have that boozy burn that these kinds of beers sometime have. It’s brewed with hints of vanilla and maple syrup, which really developed as the beer warmed.

Ben is actually the French toast pro in this house. Here’s his recipe that I used tonight:

Combine ingredients, soak bread in mixture, and then cook a few minutes each side in a skillet coated with butter.

Top with powdered sugar, butter, and maple syrup. Enjoy with the leftover stout 🍻

What’s in our Fridge?